Tether the point of controversy once more

Tether’s backing, which was already a point of controversy, became a little more contentious with an alleged comment from the CEO of the Celsius Network saying that the stablecoin mints new USDT in exchange for cryptocurrency.

Financial research firm Hindenburg Research took to Twitter to express its doubts about how authentic Tether is as a project and its backing; offering a million-dollar reward for proof of its backing.

We have doubts about the legitimacy of Tether, so today we announce the Hindenburg Tether Bounty Program, a reward of up to $1,000,000 for details on Tether’s backing.

The tentative transparency of Tether

In its report and announcement, Hindenburg noted that Tether’s claims of transparency are yet to be backed up by any disclosed information.

“Tether is a key underpinning of the multi-trillion-dollar crypto market. Yet despite its repeated claims of transparency, its disclosures around its holdings have been opaque. The company claims to hold a significant portion of its reserves in commercial paper yet has disclosed virtually nothing about its counterparties.”

Tether has been a topic with regulation and its reserves a point of question. Regulators have acted to investigate the company’s reserve breakdown, which Tether released in May for the first time. However, a significant portion of this is an unspecified commercial paper. 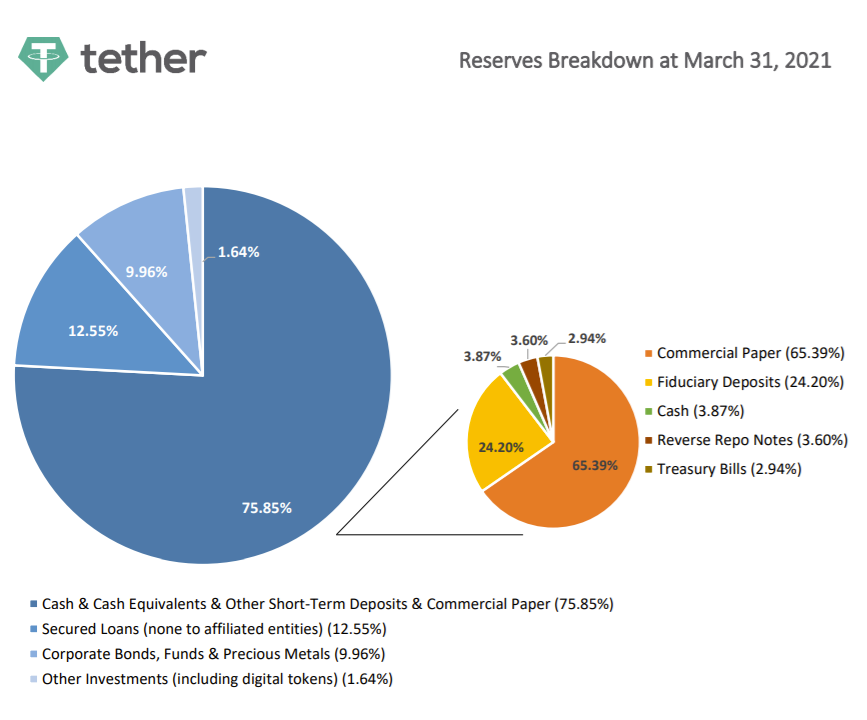 While the $1 million might be an enticing reward, the company $70 billion market cap would stand to benefit to keep any controversy quiet, as pointed out on Twitter:

Tether will gladly pay you 10 times this in Tethers to keep your mouth shut, I’d bet https://t.co/CSgei3yWIx

Other Twitter users have taken to question whether Hindenburg’s intentions are to target Tether or to tackle the cryptocurrency market in general. Others jumped on to the investigative research, supporting the side of uncovering factual information.

Solana (SOL) has seen a massive increase since its launch in March 2020. As Grayscale Investments adds to its portfolio, it's look

Omicron (OMIC), a newly launched cryptocurrency, has seen enormous gains after the announcement of the new Covid variant.

Our stats are the most accurate ICO cumulative funding stats anywhere on the web. They have been featured in New York Times,
Forbes, Huffington Post, Hacked and other publications.
If you want to include our stats or graph in your article or website, please make sure that you give us a credit. No content on this website constitutes investment advice. All forms of trading carries risks and 70% of people lose money.